Home › ABI January 2021: Architecture firms report some signs of optimism amid the ongoing decline in billings 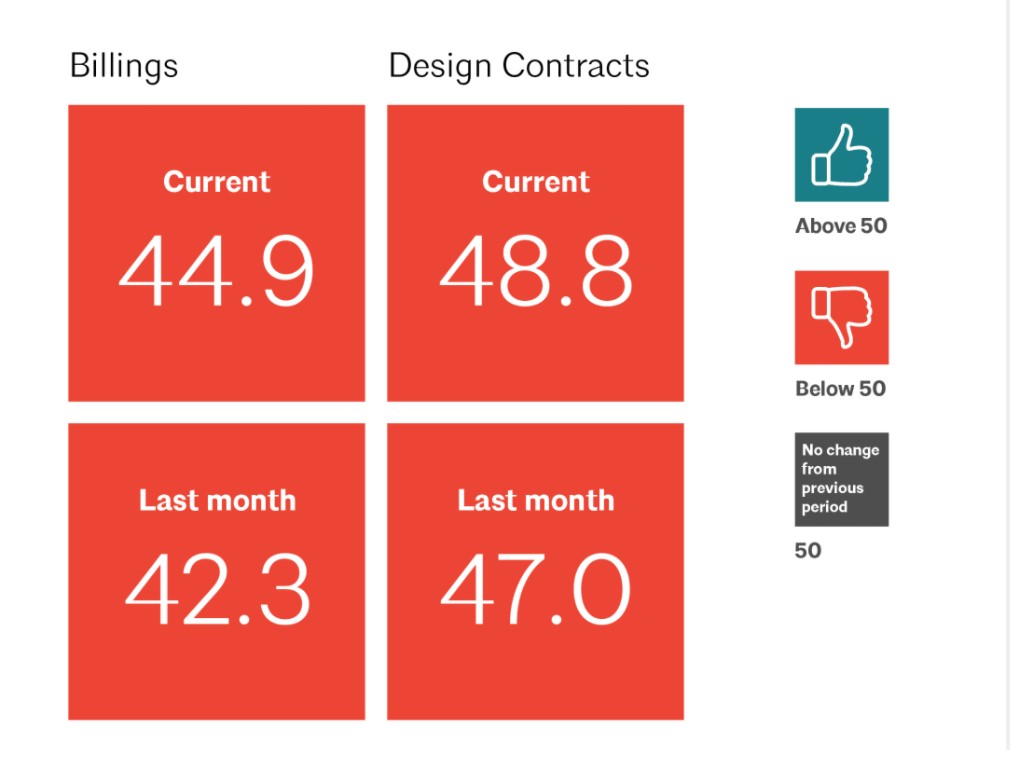 While some projects have been delayed due to the pandemic, few have been cancelled outright

After experiencing more disappointing business conditions in December, fewer architecture firms reported declining firm billings in January. Despite an ABI score of 44.9, indicating that the majority of firms reported a decline in billings for the eleventh consecutive month, there are increasing signs of optimism. Inquiries into new work at firms reached its highest level since the pandemic began, while the value of new design contracts also approached growth once again, following two months of weaker conditions. With vaccinations picking up speed, and plans for additional relief measures making their way through Congress, there may be more reasons for hope ahead.

However, business conditions remain largely soft at firms throughout the country. Firms located in the South are closest to returning to billings growth, while firms located in the Midwest and West have seen conditions weaken further every month for the last several months. Business conditions have also noticeably softened at firms with a multifamily residential specialization recently, which were the first to return to growth in late last summer. Billings at firms with a residential specialization have now declined for three consecutive months as demand for multifamily housing has waned, even as demand for single-family residential, not measured by the ABI, has strengthened. Meanwhile, business conditions have remained at an essentially steady pace of decline at firms with commercial/industrial and institutional specializations for the last several months.

Conditions in the broader economy were mixed in January. On one hand, the Conference Board’s Consumer Confidence Index showed signs of improvement, as consumers were increasingly optimistic about the future. However, consumers indicated that they remain fairly concerned about conditions at the present, largely due to the ongoing impact of the pandemic. In addition, the Bureau of Labor Statistics reported that nonfarm payroll employment was essentially flat in January, with just 49,000 new jobs added, although the unemployment rate did decline by 0.4 points to 6.3%. But architecture services employment continued to rebound in December, the most recent data available, adding an additional 700 positions. The industry saw a net loss of 7,500 positions from December 2019 to December 2020, but continues a slow but steady return to its pre-pandemic peak of 199,200 jobs.

Outlook is positive on revenue returning to pre-pandemic levels 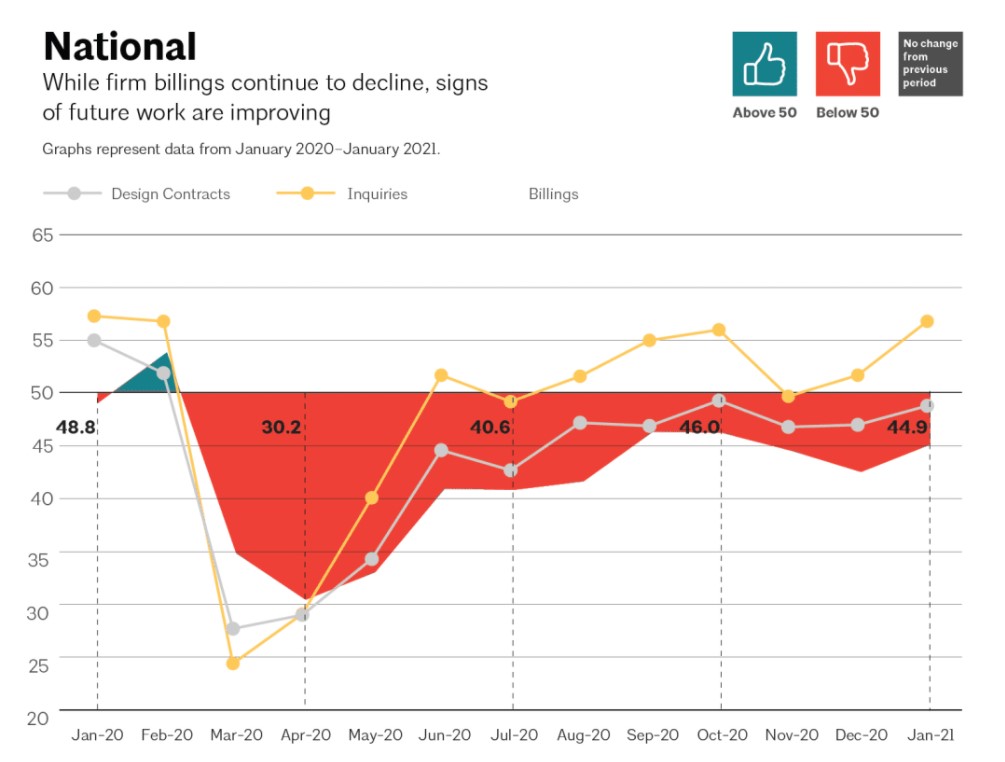 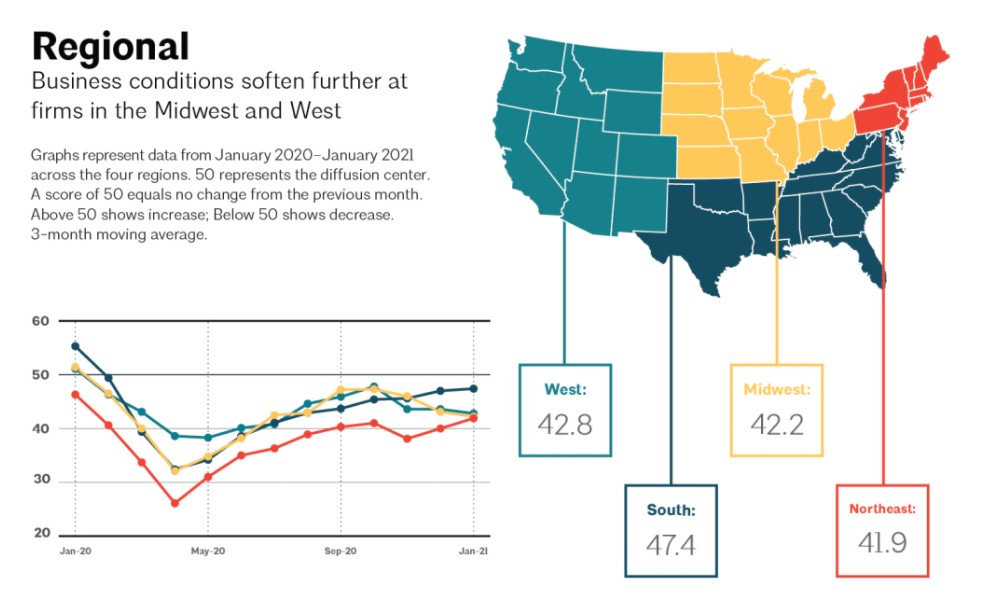 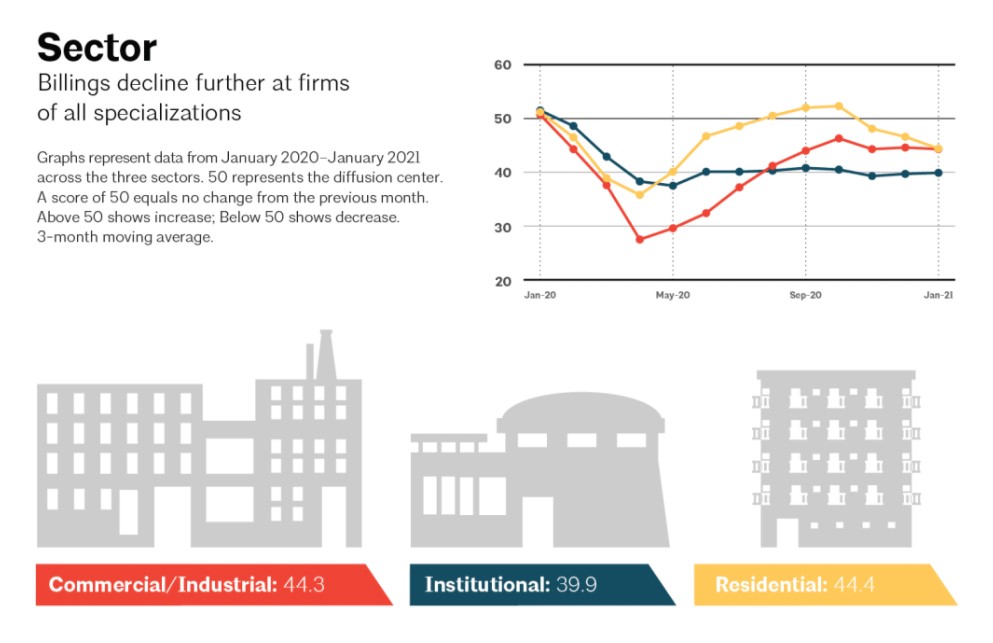 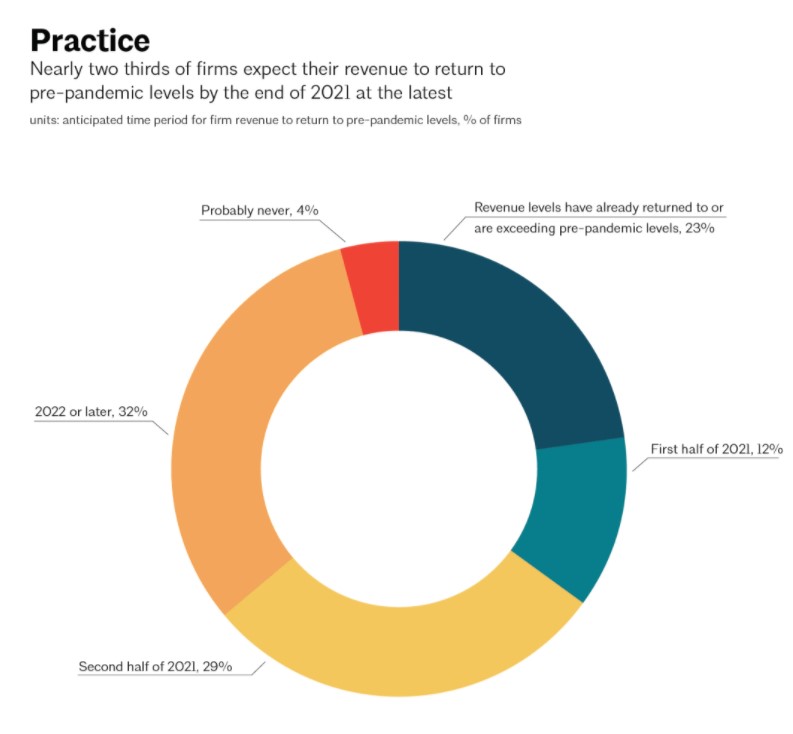