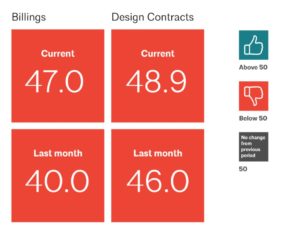 However, many firms project continued revenue losses into 2021

The third quarter of 2020 ended on a more promising note for architecture firms, as fewer firms reported declining billings in September than in recent months. While the ABI score of 47.0 for the month means that the majority of firms still saw a decline in their firm billings, things have taken a more encouraging turn from the last three months where the recovery had all but stalled.

In addition, indicators of work in the pipeline at firms also looked more encouraging in September than in August. Firms reported an increase in the number of inquiries into new projects for the second month in a row, and also reported a relatively modest decrease in the value of new signed design contracts, which looks likely to turn positive again soon. And firms reported a modest uptick in the length of their backlogs as well, which grew to 5.4 months in September, after plummeting from 6.3 months in December 2019 to just 5.0 months in March.

Despite these encouraging signs, many architecture firms across the country continue to struggle. While billings at firms located in the Northeast have moved gradually toward a recovery every month since April, business conditions still remain quite soft there. Firms located in the Midwest and West look likely to be the first to return to billings growth, but even those firms still have a way to go. By firm specialization, business came roaring back at firms with a multifamily residential specialization in both September and August, where firms reported an increase in their billings for the first time since January. On the other hand, billings have stalled at firms with an institutional specialization, and remain quite soft at firms with a commercial/industrial specialization as well.

A slow rebound in employment

In the broader economy, nonfarm payroll employment continued to rebound in September, albeit at a slower pace that the last two months, with just 661,000 jobs added, in contrast to the 1.5 million jobs added in August and 1.8 million added in July. Construction employment added 26,000 new jobs in September, with 12,000 of those from the construction of buildings. And the architecture services sector saw a nice rebound in employment in August, the most recent data available, following a disappointing decline of 5,900 positions in July. In August, more than half of those losses were regained, with a total of 3,200 new positions added. However, employment in the industry remains 13,600 positions below the pre-pandemic peak of 200,000 in February.

For this month’s special practice questions, we asked responding architecture firms about their expectations for their firm’s revenue through the end of 2020 and into 2021, and also asked about the current status of reopening their offices. Firms reported that they expect their revenue to decrease by an average of 1.9% from the third quarter to the fourth quarter of 2020, with firms located in the Northeast, and small firms with annual revenue of less than $250,000, expecting larger losses, of 5.6% and 5.5%, respectively. Firms with a commercial/industrial specialization expect just a slightly larger loss than average, of 3.1%, while firms with a multifamily residential specialization, on the other hand, anticipate that their revenue will increase by 2.9% in the fourth quarter.

As far as reopening their physical offices, 29% of responding architecture firms indicated that their office was closed, but has since reopened, while an additional 29% indicated that their office never closed, and 3% indicated that they already operated a completely remote office prior to the pandemic. Of the firms that have not yet reopened, 4% expect to reopen before the end of the year, and 7% expect to open by the end of the second quarter of 2021. However, 7% report that they still have no timetable for reopening their office, and 6% indicate that they will not reopen until a vaccine is widely available. And 2% of firms say that now that they’ve transitioned to a fully remote office, they intend to stay that way indefinitely.

However, many firms indicated that while their office may have stayed open or already reopened, they continue to be very flexible with staff that prefer to work from home at this time, with 31% of firms that have already reopened, or plan to, indicating that staff will be given/have been given the option to continue working remotely. Overall though, firms largely report that they have not received/do not expect to receive resistance from staff about returning to the office, with 18% saying they expect little resistance, and 17% saying they expect no resistance. Just 2% indicate that they expect a lot of resistance, and 15% say that they expect some resistance. 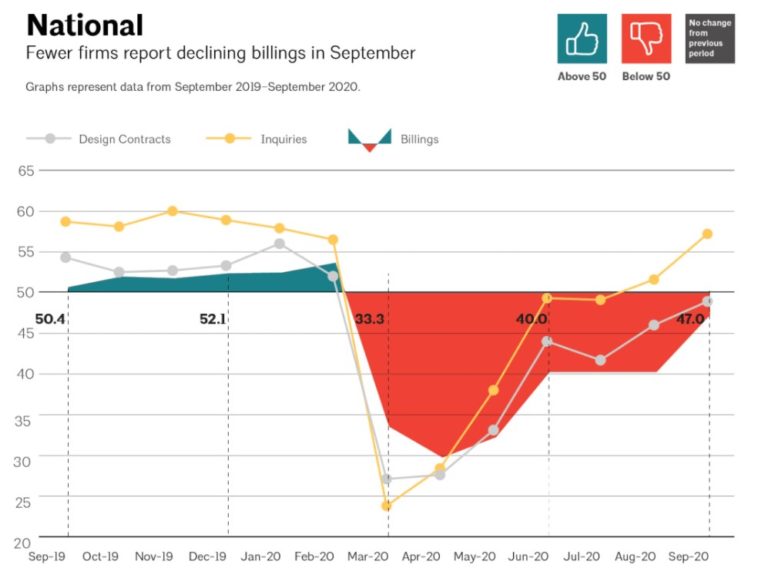 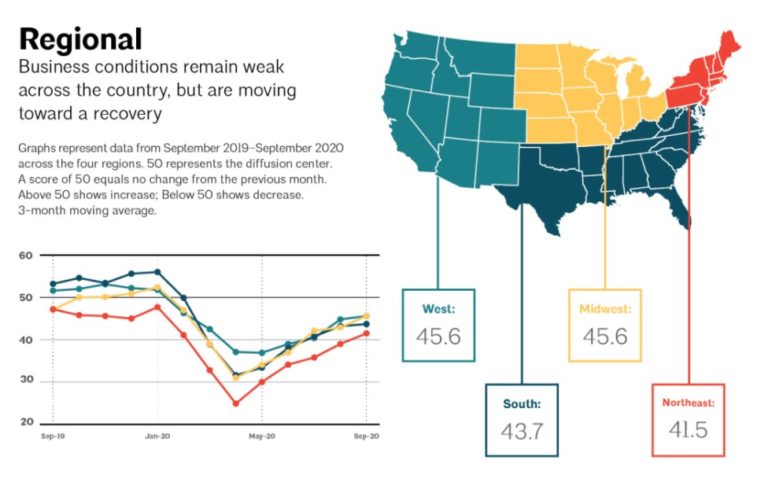 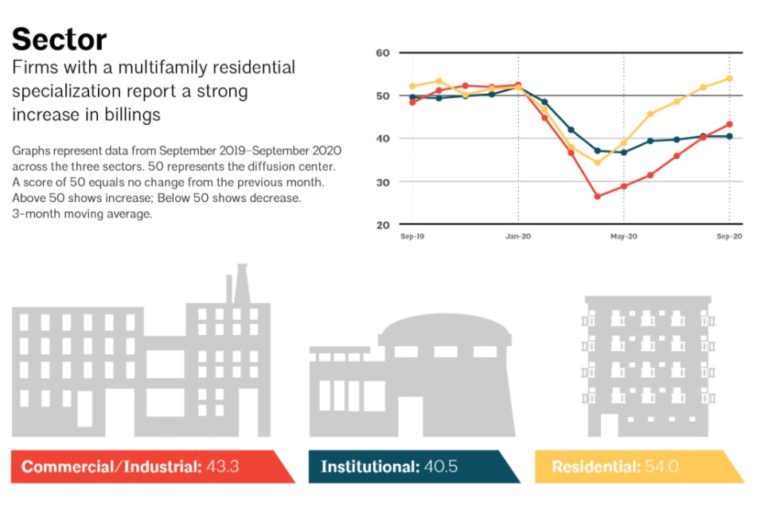 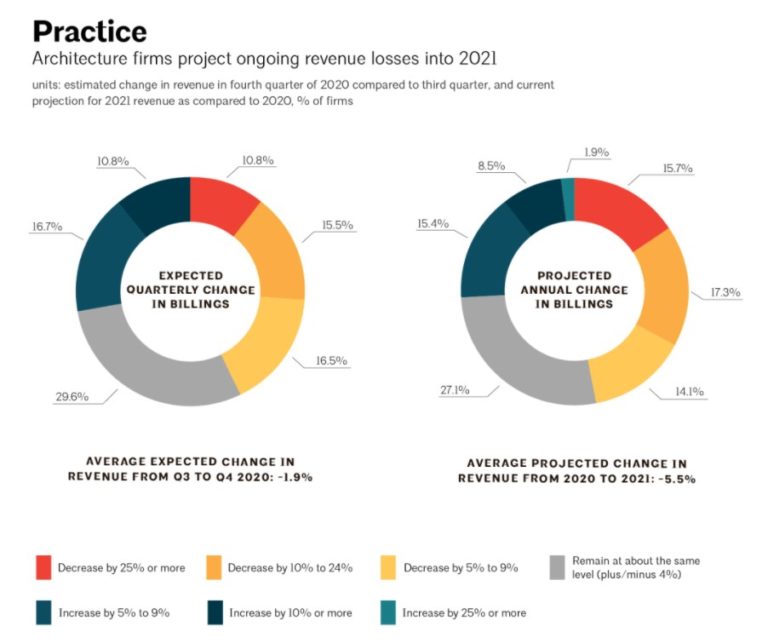 While some projects have been delayed due to the pandemic, few have been cancelled outright After experiencing more disappointing business conditions in December, fewer architecture…