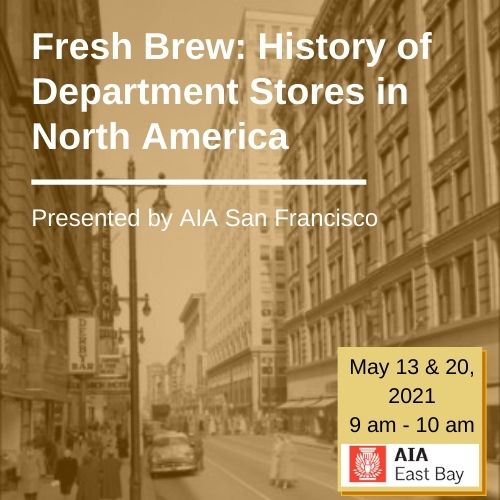 Join AIA San Francisco for both days of this two-part series on department stores!

Join us for this talk down many memory lanes of the illustrious history of department stores in North America. Michigan-based architect and curator of his online project, The Department Store Museum, Bruce Kopytek, will guide us through a retail journey that takes us back to the early foundations of the department store business. From the heyday of multimillion-dollar fortunes of such iconic businesses as A.T. Stewart & Co., Lord & Taylor, and Marshall Field’s to “the fall” of department store culture, we’ll rewind to days of old and flip through Bruce’s collection of architectural ephemera. 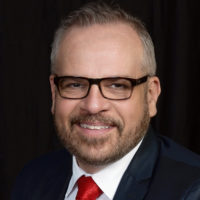 During 42+ years of experience, Bruce has attained a diverse portfolio including the designs for financial institutions, retail stores, hotels, custom homes and mixed-use apartment complexes. In addition to winning many awards for his designs, notably an honorable mention in the Italian government’s prestigious Ceramic Tiles of Italy design competition, Bruce has combined his knowledge of architecture with his love of history and travel into a flourishing hobby as an acclaimed author, writing four books for The History Press.

His interest in the department store as a building type and as a social phenomenon began in Detroit, where he lived from 1958-1980, regularly visiting the enormous J. L. Hudson store that graced the city’s downtown. With his family, who were avid travelers, he took the time to experience department stores in many cities across North America and Europe. All along, he collected histories pictures, and information these historic institutions, but kept his hobby largely to himself. When The Great Recession snapped up his architecture career, he had the time to create The Department Store Museum on line, which led to an offer to write about his favorite topic.

A first effort at authorship, Jacobson’s: I Miss It So! won a prestigious Michigan Notable Book award in 2012, and was followed by another about the history of Toledo, Ohio (2013) and a chronicle of the legendary Eaton family of Canada and their retail empire (2014). His most recent effort (2015) tells the story of Crowley, Milner & Co., Hudson’s competitor, and a self-published book about the J. L. Hudson Company is schedule to appear later in 2021.

Bruce lives in Rochester Hills, Michigan, with his wife Carole and one crazy cat named Bella. As chief architect for Contour Companies, he has led plan to restore the area’s 1954 Northland Center (the work of “father of the shopping mall” Victor Gruen) and transform the property into a historically respectful and vibrant mixed-use facility – of which the late Victor Gruen might be proud.

Fresh Brew is a series of online morning conversations covering a variety of topics about all things architecture and design. Fresh Brew provides the general public and industry professionals with engaging dialogue and a space for inspiration during these challenging times. Co-presented by the American Institute of Architects/San Francisco (AIASF) and Center for Architecture + Design.