As we head into 2021, there are a number of code changes that have been approved and published (official publication date, January 1, 2021) and have an effective date of July 1, 2021. Most of these were approved by the Building Standards Commission in December.   All of these are available for viewing through the Building Standards website: www.dgs.ca.gov, under the tab codes and the 2019 Triennial Edition of Title 24. Look for the latest additions entitled “Supplement “ , which have an effective date of July 1, 2021. Look at Part 2, Chapter 11B.

This article is going to focus on one major addition to Chapter 11B. This change was an attempt to make the code easier to use by bringing most of the housing requirements for multiple family housing, from Chapter 11A into Chapter 11B. This is a whole lot of text. The intent was to make it easier for the user to look in one chapter to find the requirements for housing to apply to “Public Housing”. Previously, a designer and/or building official would have to go back and forth between chapters 11A and 11B to determine what should be applied. There was always confusion as to how these requirements were to be applied, because they did not always line up. I am not sure this does the job intended.

Let us back up a bit to understand why we even have a Chapter 11A and 11B to begin with. The main reason is how the state assigns authority for different areas of construction: Housing (under HCD) and everything else (under DSA). A second reason, which just happens to fall in with the state’s jurisdictional format, was the two Federal Accessibility Standards: The Federal Fair Housing Act (FFHA) and the Americans with Disabilities Act (ADA).  These two were developed under two Federal Agencies: The Housing and Urban Development (HUD) and Department of Justice for the ADA. DOJ oversees the ADA, because it is a civil rights act. The original ADA did not address housing of any sort. During the Feds rule making process, “Public Housing”, or housing under Title II/Public Entities was added, but referencing the Uniform Accessibility Standards (UFAS) as the base document . This addition addressed housing which is under State and Local Governments control. The definition was expanded to include public schools, Colleges and University housing. This was included in the 2010 Standards for the ADA.

Although DSA’s action may be viewed as a good effort, the problem I see is that now the State has blended two Federal Standards together. These two standards do not address the same requirements, so applying the FFHA standards to the ADA’s for compliance for “Public Housing” will not, in my opinion, comply with the ADA.

One would have to do a line by line comparison between the FFHA and the ADA  standards to compare every element. Look at Section 233.3 of the ADA Standards for Scoping requirements and Section 809 for technical requirements.  This would be Sections 11B-233, Public Housing Facilities and 11B- 809,  of the CBC. Here are few elements that do not align:

If you have a “Public Housing” project, make a quick comparison by looking at the 2010 ADA Standards and see how it addresses elements with the dwelling unit differently. You will get confused because you are comparing two totally different Standards and requirements.

The bottom line is that we are required to comply with the California Building Code (CBC). Compliance with the FFHA and ADA are a legal matter. Does compliance with the State Code provide a “Safe Harbor” for compliance with the FFHA or the ADA?  To my knowledge this has not been tested in the courts. The State continues to try and have the State Code approved as a Safe Harbor by the DOJ, but this has not happened and does not appear to be happening anytime soon. As the State continues to add to the code, this makes it harder to be certified. The DOJ is not really interested in certifying codes for compliance. That is why only a few codes to date have this certification. 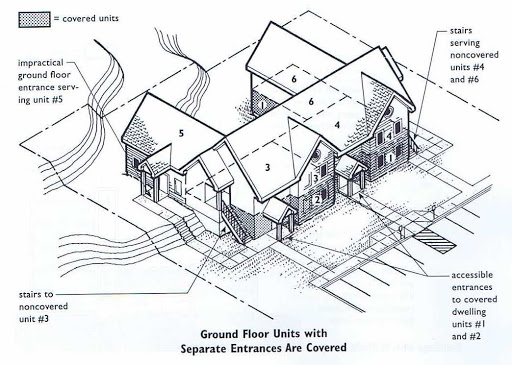 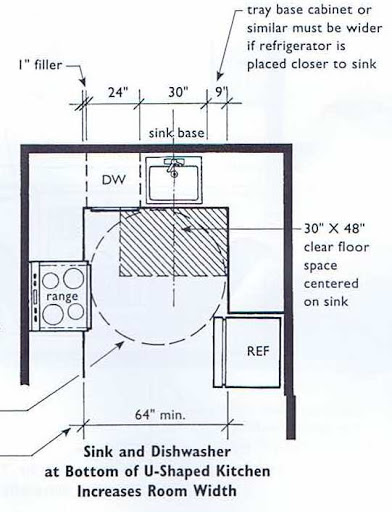 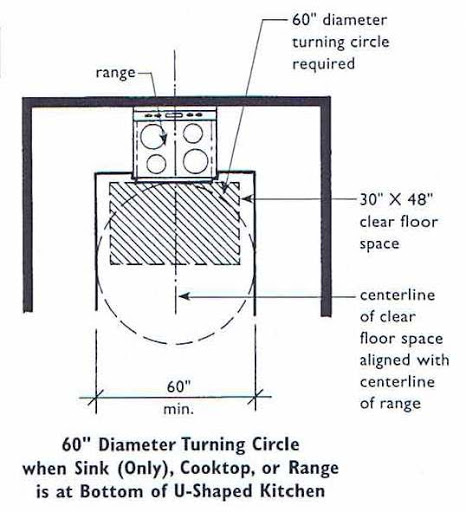 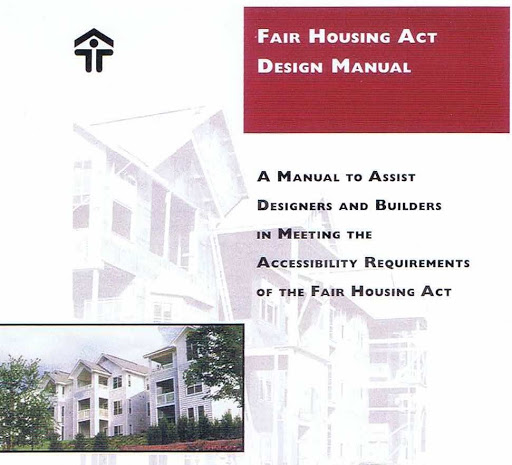 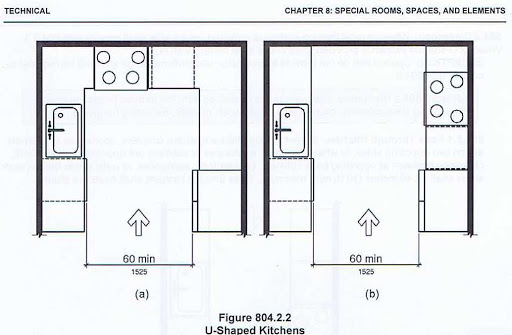