This is originally written by Joseph Geha on The Mercury News

MILPITAS — A Santa Clara County effort to convert a Milpitas hotel into permanent supportive housing for people who are homeless has cleared the latest legal hurdle it faced, according to court documents.

Santa Clara County Superior Court Judge Patricia Lucas on Wednesday issued a ruling against a group of Milpitas residents — Milpitas Voices LLC — who are suing to try and stop the conversion effort.

The project is part of Gov. Gavin Newsom’s $800 million Project Homekey initiative, which is aimed at quickly and permanently housing thousands of homeless people around the state through the purchase and conversion of hotels and vacant apartment complexes.

Lucas shot down the Milpitas group’s request for a preliminary injunction to stop the county from beginning the move-in process for people who will live in the converted hotel, and to reverse the sale of the hotel to the county, according to a county statement.

The ruling marks the second against the resident group in as many months. In November, the group requested a temporary restraining order against the county to stop the sale of the hotel, and were denied.

“Under this week’s decision, the county can proceed with providing necessary housing during the current public health crisis and beyond,” James Williams, the county’s attorney said in a statement Thursday.

“As the judge noted in her ruling, this project is likely to save lives,” Williams said.

The project is estimated to cost $80 million, which covers the cost of purchasing the 146-room Extended Stay America hotel at 1000 Hillview Court, as well as the renovations needed to convert it to a 132-studio apartment complex for people who are homeless or on the edge of homelessness, county officials said. On-site supportive services would be provided.

Santa Clara County was awarded $29.2 million in state emergency funding through Homekey in September to help fund the project. The county is putting in $21.9 million of Measure A affordable housing funds, and nonprofit developer Jamboree Housing is taking on a $30 million loan to cover the balance, officials have previously said.

The project stirred controversy in the South Bay city this fall.

After months of support for the project from Milpitas city staff and praise from the former Vice Mayor Bob Nuñez during the summer, the city changed its tune after Mayor Rich Tran began pushing back against it, citing concerns from himself and some residents.

The city council unanimously voted to sue to stop the project in October but later reversed course in a split vote, though Milpitas Voices — a group started by former Mayor Jose Esteves — picked up the mantle and sued soon after.

Attorneys from the Downey Brand law firm, representing Voices of Milpitas, have alleged in court filings the project wastes taxpayer money because they feel the hotel is overpriced, will endanger neighbors, has skipped over due process, and violate the California Environmental Quality Act.

Such projects are allowed to bypass local planning processes under AB 83, legislation Newsom signed into law in June.

Because the project may not reserve any apartments for currently homeless people in Milpitas, instead offering units to those most in need from around the county, it would result in “greatly increasing the homeless population in this area,” the suit said.

An attorney for Milpitas Voices did not immediately respond to a request for comment Thursday.

The county said the lawsuit is not over, though Jamboree and the county are now able to move residents into the apartments and provide them with supportive services.

“This is particularly important right now given the current COVID-19 pandemic and the arrival of winter weather,” the statement said. 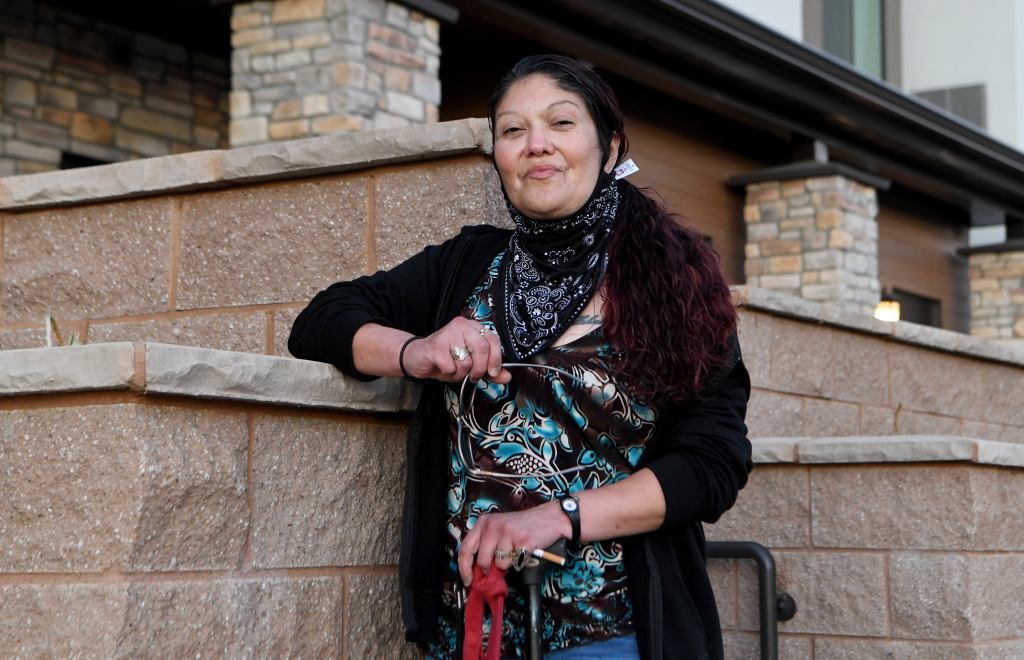