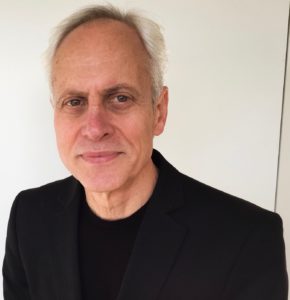 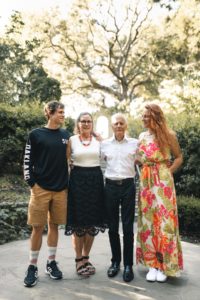 David Cook Maglaty, FAIA, 70, died at home with his family by his side in Piedmont, CA on October 16, 2020. He spent the last year of his life with family and friends, biking, walking and visiting in between treatments for prostate cancer.

David was born on 29 June 1950 in Hartford, CT to Esther Lila (Cook) Maglaty and Mario Louis Maglaty. David and his siblings Lois and Mark were raised in West Hartford where he attended school until college. In 1977 he graduated with a Bachelor in Architecture from the University of Oregon, Eugene.

David met his wife, Jean Hansen, over drafting tables at Ratcliff Architects in Berkeley/Oakland, CA in July 1979. This was the first job for each of them after their college graduations. David and Jean were married in Minnesota in 1981 surrounded by immediate family on both sides.

A runner, David’s days began with coffee, followed most days by a 5-7 mile run. He ran his first marathon shortly after his daughter’s birth, followed by some triathlons, and many 5Ks, often competing with his neighbor and fellow runner, Steve.

David was a consummate architect. Ever investigating the context and site for each project, working closely with the communities and clients where his projects were built, he explored design options with a skilled pencil or pen. He brought to life sketches that are today considered accomplished works in themselves, inspirations for many projects that were built, and some that were not.

David is remembered for many projects, often on college campuses and the communities they serve.  Close to home, his design of student infill housing for UC Berkeley, Units 1 and 2, on College Avenue and Durant Street, illustrates his idea that social space plays an important role and ultimately fosters a safer community environment.  There, generously landscaped courtyards offer both students and neighborhood residents the opportunity for chance meetings and social interaction.

David’s work received numerous awards over the years, including the prestigious AIA National Honor Award 2008 for the Units 1 and 2, Infill Student Housing at UC Berkeley (EHDD), as well as the AIA Santa Clara 2012 and San Francisco Honor Award 2013 for the Orchard School Library in San Jose (HMC).  David was named a Fellow of the American Institute of Architects in 2014.

David and Jean raised their children, Alissa and Peter, in Piedmont and he cherished them, appreciating every moment shared. He coached soccer for both kids’ teams, and was a pack leader for Peter’s cub scouts/boy scouts troops. Father and son enjoyed high Sierra backpacking trips every year through high school with Peter’s Boy Scout Troop 15, with many memories, including one that included a lot of bees!

David is survived by his best friend and wife of 39 years, Jean Marie Hansen, daughter, Alissa Kathleen Maglaty and son, Peter David Maglaty. He will be greatly missed by his sister, Lois McCabe and brother, Mark Maglaty; and his many beloved in-laws, walking buddies, fellow runners, colleagues and friends. We are indebted to the staff at Kaiser Permanente, Oakland, especially their oncology department, palliative and hospice staff. They became a part of the family, and we so appreciate their regimens that kept David comfortable over this past year.

To attend a celebration/memorial when it is safe once again, please contact the family (and share your stories!) at remembering.david.maglaty@gmail.com.

If you would like to make a contribution to an organization near to David’s heart that supports cancer research for Bay Area fire fighter families, please consider San Francisco Firefighters Cancer Prevention Foundation, https://www.sffcpf.org/