Business conditions at architecture firms backslid in December, ending a tough year on a disappointing note. The AIA’s Architecture Billings Index (ABI) score declined to 42.6 for the month, indicating that more firms saw declining billings in December than in November. Although some year-end softness is to be expected at many firms, the ABI analysis takes these seasonal factors into account, so it is unlikely the decline is due to just the typical December slowdown. Instead, ongoing uncertainty with an increase in COVID-19 cases and delays on the new stimulus package until late in the month  are more likely contributors to the decline.

However, firms do remain relatively optimistic about 2021, and the indicators of future work tend to support that. Inquiries into new projects at firms increased for the fifth month in a row in December, and while the pace of growth was slower than in September and October, it still means that most firms are having project discussions with potential clients. And while the value of new design contracts decreased for the second consecutive month after rising in October, it remained near the 50 threshold, indicating that a nearly equivalent share of firms saw an increase in new contracts signed as saw a decrease. In addition, firm backlogs remained generally steady from the third quarter to the fourth quarter of 2020, declining slightly from an average of 5.4 to 5.3 months. This remains about a month below pre-pandemic backlog levels for the last two years, but has improved from the first quarter, where they fell all the way to 5.0 months from 6.3 months in the fourth quarter of 2019.

In the broader economy, conditions remained generally weak in December and into early January. Nonfarm payroll employment declined by 140,000 positions in December, the first month of losses since the early days of the pandemic in April. Construction employment has continued to rebound, however,, and added an additional 51,000 positions. Architectural services employment saw a modest decline of 400 positions in November, the most recent data available, and at 189,500 positions currently, remains above the most recent low point of 183,200 in July. And while the national unemployment rate held steady at 6.7% in December, the Department of Labor reported that initial unemployment claims rose to 965,000 the first week of January, reaching the highest level since last August.

And on average, responding architecture firms reported a 2020 profitability rate of 6.7% (estimated as a percentage of their firm’s 2020 net billings after all compensation was paid, including owners’/principals’ compensation, but before paying out any taxes, discretionary bonuses, or profit-sharing). However, large firms (with annual billings of more than $5 million) and firms with a multifamily residential specialization had far more prosperous years, each reporting profitability rates approaching 12% (11.6% and 11.8%, respectively). Small firms and firms with a commercial/industrial specialization, on the other hand, reported profitability rates well below 5% (2.8% and 3.8%, respectively).

As far as the factors that were most important to their firm’s 2020 profitability, they were about evenly split between issues related to staff management and productivity and firm business challenges, as level of staff productivity and the number of projects that were delayed, stalled, or cancelled topped the list, with 37% and 36% of responding firms, respectively, selecting them as one of the three most important factors. In addition: 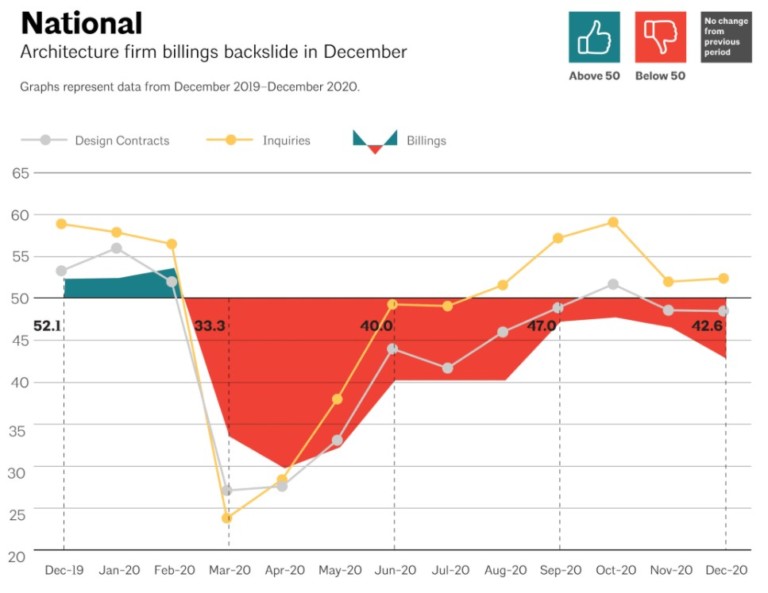 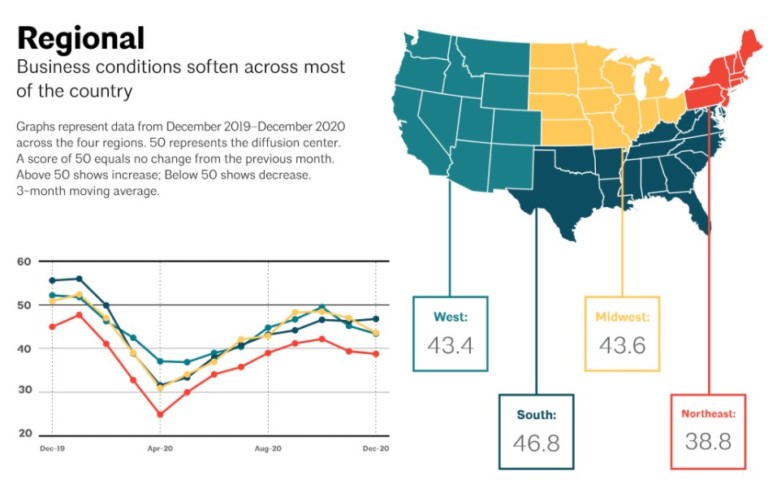 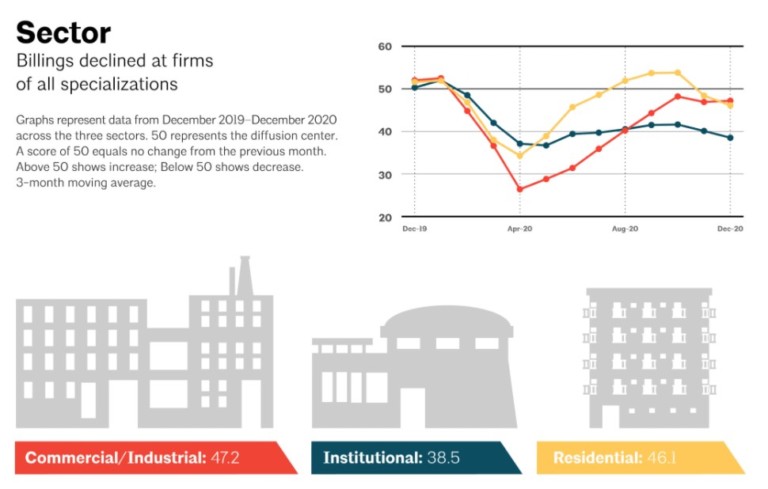 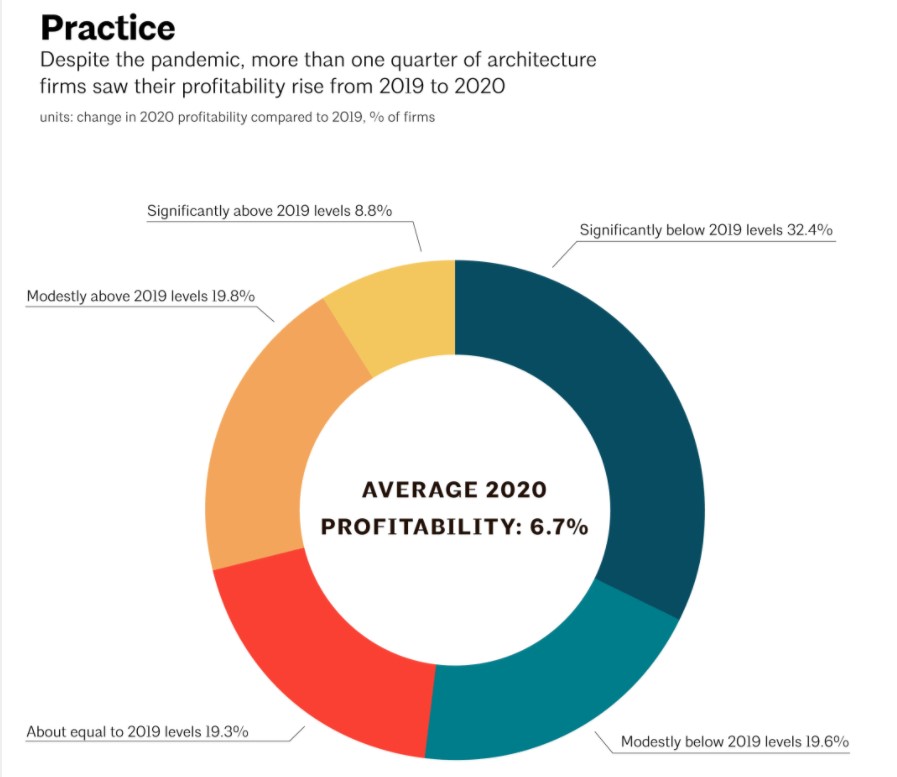 While some projects have been delayed due to the pandemic, few have been cancelled outright After experiencing more disappointing business conditions in December, fewer architecture…

Firms report just a modest decline in overall head count due to the pandemic Business conditions at architecture firms continued their turnaround in March, with…