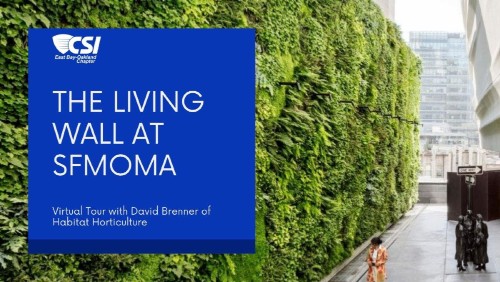 Mr. Brenner will lead us in a video tour of the Living Wall, its “green” (in more ways than one) features, and how it was constructed and installed. The Living Wall, which can be considered both a construction project and artwork, was designed by David, and installed by Habitat Horticulture with a completion date of 2016. It is located at the San Francisco Museum of Modern Art.

David Brenner is a leader in designing world-class living wall systems with commissions from Fortune 100 companies and architectural projects of international renown. Trained at California Polytechnic University and the Royal Botanic Gardens, Kew in London, David’s expertise with growing mediums and plant species interaction led to the development of proprietary and durable techniques that firmly established Habitat Horticulture as a force in vertical garden design. David sees his work as an integral part of a public shift in consciousness towards the restorative effect of plants on health and well-being. As a dedicated collaborator on residential, commercial, and public spaces of any size, David brings deep expertise and artistic intent to enhance the sensory and environmental impact of each architectural and interior design project. David speaks on the benefit of living walls in urban architecture and his work has been featured in publications such as Fast Company, CBS, Wall Street Journal, Dwell, Architectural Digest, Robb Report, Wired, Work Design Magazine, San Francisco Chronicle, and San Francisco Magazine. In 2019 he was honored to join the 2019 Class of the “Top 40 Under 40” by The San Francisco Business Times. 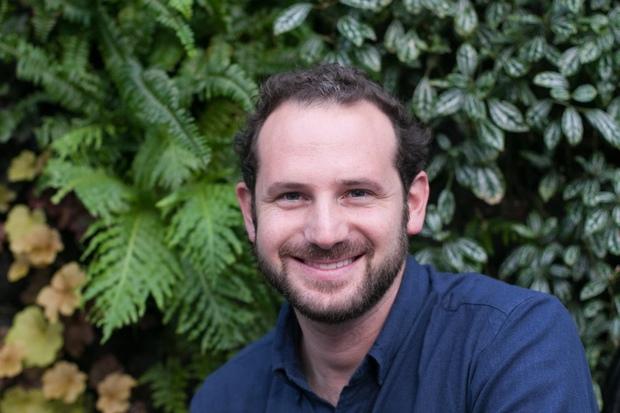 Habitat Horticulture designs, installs, and maintains distinctive living walls and custom vertical landscaping projects for residential, commercial, experiential, and public spaces. Working at the intersection of botany, architecture, interior design, and construction engineering, Habitat Horticulture is at the epicenter of driving plant-centric biophilic design and the contemporary greening of the urban built environment. With over 150 living wall and botanic installations completed over the past nine years, we engage in a constant dialogue with clients to craft transformative living walls that define and enrich the spaces they inhabit. Our projects range from intimate, residential settings to Fortune 100 companies and iconic public spaces, including the San Francisco Museum of Modern Art, Facebook,Google, #SLACK’s HQ, Salesforce Tower and the California Academy of Sciences.